Director Alexandre Aja’s HORNS arrives in both US and UK theatres this Halloween. The film stars Daniel Radcliffe (The Woman in Black) who will be donning a couple of demonic horns for the role. Radcliffe stars as Ig who upon discovering his girlfriend has been brutally murdered wakes up with a pair of horns growing out of his head. The story is based on the Joe Hill novel and alongside Radcliffe the film also features Max Minghella (The Social Network), Joe Anderson (The Crazies), Kelli Garner, Heather Graham and ‘Dexter’ star James Remar. Check out the new poster below.

Synopsis:
When his longtime girlfriend Merrin (Juno Temple) is brutally murdered, Ignatius “Ig” Perrish (Daniel Radcliffe) is blamed by many in his small town for her death. While the case remains open, public opinion has already condemned Ig for the crime, and the media are poised to crucify him. In the wake of this tragedy, Ig awakens one day to find horns growing from his head. Suddenly, people start being strangely honest with Ig, confessing their darkest desires and most hidden secrets. As everyone — friends, family and strangers alike — is compelled to confess to him their ugliest impulses, Ig struggles to understand his newfound power and how he might be able to use it to find Merrin’s real killer. 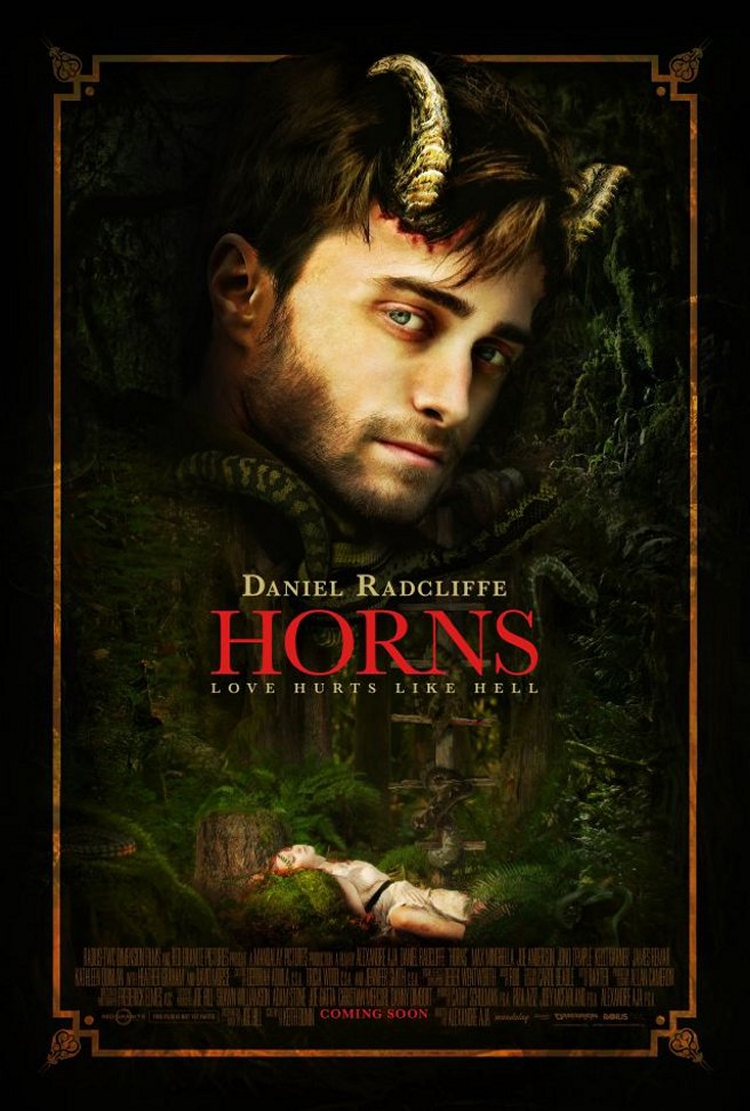