Bradley James Added to the Cast of Underworld 5 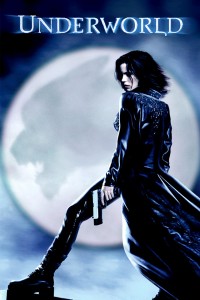 If you’ve been missing the Vampire-Lycan action from Underworld, then you’ll be pleased to learn that Underworld 5 is definitely on its way. Titled Underworld: A New Generation, the film will continue the events of the fourth film and focus on Selene and her daughter Eve. Probably, anyway.

It has now been revealed that Bradley James (Damien) has joined the cast and is set to play the main villain. Kate Beckinsale is returning to the franchise and will be playing badass vampire Selene, with Scott Speedman playing Eve’s father Michael Corvin. Also, a new Lycan leader was earlier revealed to be ‘Marius’, played by Tobias Menzies (Black Sea, Outlander).

Anna Foerster is on-board to direct the film and she is also tied to direct the sequel to 2011’s Source Code, so she’s got her hands quite full at the moment. Be sure to keep your eyes peeled for more on Underworld 5, which has a released date slated for 21st October 2016 in the USA.