The Body Tree Art is Generic but Cool 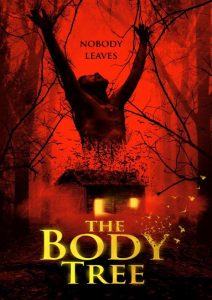 Reminiscent of the posters for both Blair Witch and Fede Alvarez’s Evil Dead remake is this new art for The Body Tree, which ITN Distribution are taking to the upcoming EFM in Berlin.

Said to be “in the draft” of Screen Gems’ Slender Man (whatever that means), the film is the second from director Thomas Dunn, who previously helmed 2007’s The Ungodly. Dunn also co-wrote alongside Mikhail Kukushkin.

The plot concerns a group of American companions who take a trip to Russian Siberia to pay tribute to the memory of a murdered friend. Whilst there, they uncover a sinister plot that threatens all of their lives.

Starring in the film are Erica Dasher, Inherent Vice’s Emma Dumont, Kyle Jones and Ivanna Sakhno, who will also be seen this year in Pacific Rim Uprising.