Blumhouse is an unstoppable force in the horror world and it is showing no signs of slowing down. The studio has now optioned the graphic novel ‘Curse’ from writer Michael Moreci and Tim Daniel which will be produced by Jason Blum. 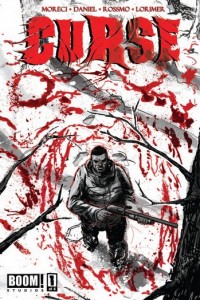 The graphic novel follows a man who seizes the opportunity to escape his family’s financial woes by capturing a killer that will result a monetary reward. However, the man captures a werewolf and the question becomes: will the lycan save the family or be its final destroyer? The film caught a lot of attention because it features a black protagonist, which as you probably realise, is rare in the world of comic book publishing.

The story definitely has an intriguing premise that steers away from the typical concept you’d expect from a werewolf flick. Keep your eyes peeled for who is helmed to write the script, direct and star in Curse.