Blood Sucked Out Of Let The Right One In Series

It was back last August when TNT announced they had ordered a pilot for a series based on John Ajvide Lindqvist’s celebrated vampire novel Let The Right One In. The last we heard, 19-year-old Norwegian actress/model Kristine Froseth had been cast as adolescent vampire Eli, opposite Ben Wadsworth as Oskar (to be renamed Henry), and all was set for pre-production to begin. The latest news however, is that TNT has dropped the project altogether. 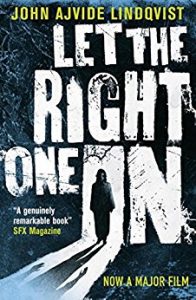 Deadline broke the news, also noting that despite some reports to the contrary, production had not yet begun on the pilot. The series would have marked the third screen adaptation of Lindqvist’s novel, following the poetic 2008 Swedish film and the 2010 US remake, Let Me In. The story concerns bullied, introverted 12-year-old Oskar, who builds a special and unique friendship with Eli, a vampire whose outward appearance is that of a 12-year-old girl. Eli’s arrival in Oskar’s small town however, coincides with a string of mysterious killings.

According to Deadline, TNT’s decision may not mean the death of the project, with developers Tomorrow Studios reportedly shopping their pitch around to other potential networks. Watch, as they say, this space.