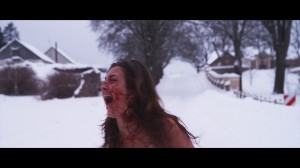 The Bilbao Fantasy Film Festival – FANT 21, is right around the corner, taking place from the 8th through to the 15th of May. Starting the ball rolling will be the European premiere of The House on Pine Street, the debut feature from the Keeling brothers, Aaron and Austin, both of whom will be in attendance. Their psychological horror creation was essentially achieved through a crowdfunding campaign and relates the tale of a young woman dealing with an unwanted pregnancy after moving into a seemingly haunted house. Interestingly, they crew came across the “haunted” house on Craigslist and everyone actually lived in it for the duration of the shoot and experienced some rather unexplainable occurrences.

FANT 21 will also be screening a total of thirteen competing international feature films, five of which are national premieres, together with 22 short films. The festival will also pay special tribute to the late, great Alex Angulo with a special 20th anniversary screening of the Alex de La Iglesia film The Day of the Beast (El Dia de la Bestia). Festivalgoers will also be treated to an exclusive screening of the M. Night Shyamalan written and directed series “Wayward Pines”, in association with FOX España.

So, without further ado, let’s take a more in-depth look at the festival’s official selection:

The thirteen features in the running to take home one of the prestigious FANT 2015 awards for Best Feature, Best Script and Best Director are all premieres in the city of Bilbao, with five screening for the first time ever in Spain:

The five national premieres are as follows: 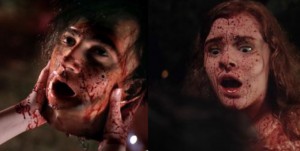 Chris W. Mitchell’s directorial debut The Pool (Holland) with the director also putting in an appearance.

Michael R. Steves’ directorial debut Clinger (USA), which has only screened at Amsterdam’s Imagine Festival to date and Steves will be attending the festival to present the film.

Matt Winn’s The Hoarder (UK) which recently screened at the Glasgow Film4FrightFest and stars Mischa Barton and Robert Knepper.

Chad Archibald’s The Drownsman (Canada) which was received more than warmly at numerous festivals including the infamous Film4Frightfest and Toronto After Dark Film Festivals.

The remaining official films are made up of: 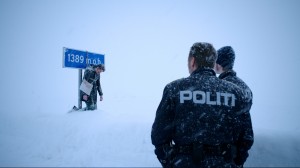 All films will be shown in their original language with Spanish subtitles, whilst The Man in the Orange Jacket, The Drownsman, Among the Living and Autumn Blood will also include Basque subtitles.

Another strand of the festival, know as the Low Cost section, is made up of two particularly exciting zombie films that I’m sure SCREAM readers will lap up if they haven’t seen them already. If you’ve been following SCREAM for a while you’ll know how much adoration I have for a certain little Australian film called Wyrmwood so it’s great news to hear that the Roache-Turner brothers’ sui generis debut will be screening at the fest as a double-bill alongside the Japanese zombie film Hunger Z.

This is all just the tip of the iceberg as the festival has so much more to offer so the best way for you to get a glimpse of pretty much everything in store is to enjoy the official trailer below.