THE BEYOND: Film Review 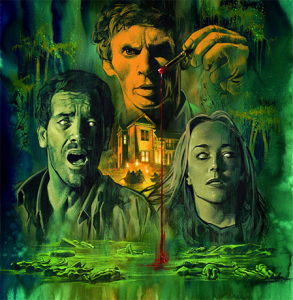 Lucio Fulci’s The Beyond (L’Aldila) is a strange film, mainly because of its complete refusal to follow any kind of conventional narrative structure. Fans of other Italian filmmakers – such as Bava and Argento – may have come to accept this as an integral part of European horror, but rather than just being circuitous or convoluted, the plot is devoid of any sense of narrative cohesion. Although the final scene justifies this apparent lack of plot, The Beyond is a film that is only partially successful, highlighting the best and worst things about Italian horror at the time.

Liza Merril (Catriona MacColl) inherits the mysterious Seven Doors Hotel in Louisiana, unaware that an artist named Schweik was executed there some fifty years ago. After encountering a blind woman named Emily (Cinzia Monreale), Liza discovers that the abandoned hotel contains a portal to hell, causing the dead to return to life. Joining forces with a doctor (David Warbeck), Liza attempts to unlock the mysteries of the hotel before she too falls victim to the curse caused by Schweik’s murder. 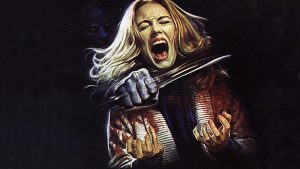 Though this may seem like a relatively straightforward story, the film is littered with plot holes and inconsistencies, with whole sections of the movie making little or no sense. But the bleak final scene, in which Liza is finally dragged to hell, makes it clear that this is an intentional decision on Fulci’s part, posing some interesting questions about death, and perhaps, the pointlessness of life. In hell, Liza is forced to run through an arid landscape littered with corpses, but running in any direction only forces her to interminably go back to the beginning. In this way, the structure of The Beyond can be read as a reinforcement of this final scene, in which the plot is organised in a way that is neither linear nor logical. As such, the film is also filled with images of opposition, of things that should not typically go together. This is apparent in the blind but seeing eyes of Emily; in the ability of Schweik to destroy through the creative process; and of course, in the dead bodies that return to life.

Along with Frizzi’s magnificently atmospheric score, the death scenes are the only things that tie the film together, creating a sense of cohesion in an otherwise abstract story. Though these are equally mystifying – a man’s face is eaten by magic spiders; Emily’s dog becomes possessed and rips out her throat – these scenes create a sort of byroad through which to navigate Liza’s descent to hell, a road paved with various degrees of bodily mutilation. The practical effects are exceptionally well-done, adding some reality to what is, essentially, almost entirely supernatural.

The Beyond was viewed as a failure upon release, and was criticised heavily for its total lack of narrative structure. In one sense, this is hard to dispute, though the final scene reveals the film to be far more interesting than it initially appears. In hell, Liza is stranded in a place where to go forwards is to go back, where she is forced into a series of futile and repeated actions. In this way, the entire structure of the film is a metaphor for the landscape that characterises Fulci’s afterlife – a place where everything is impossible, where time and place cease to exist. For a film written off as a brainless zombie movie, Fulci’s The Beyond seems to me the exact opposite.