Just a month ago we were reporting that Academy Award and BAFTA winning actor Benicio Del Toro was in talks to appear in Shane Black’s upcoming sequel The Predator and now, well, yeah that ain’t gonna happen.

Due to scheduling conflicts, the Sin City/Fear and Loathing in Las Vegas actor has unfortunately had to drop out of the project, which is now due to begin shooting next year. Twentieth Century Fox seem to wasting no time in finding a replacement however, with Variety reporting that Narcos star Boyd Holbrook is in talks to step in. 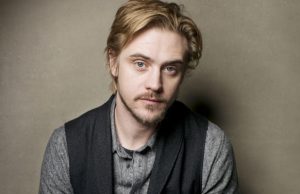 Holbrook (pictured) has appeared in A Walk Among the Tombstones and Gone Girl, and will soon be seen in Luke Scott’s sci-fi horror Morgan.

Co-star of the 1987 original, Black is directing his new vision from a script by Fred Dekker, who directed ‘80s genre favourites Night Of the Creeps and The Monster Squad (which Black wrote). Producers John Davis, Joel Silver, and Lawrence Gordon all return from the original.

No plot details have been revealed, but we do know that The Predator will be a present-day sequel to the original film, all-but ignoring any franchise entries that came in between. As far as we know, James Franco is still attached to play the film’s lead, Quinn McKenna.

The Predator is expected to hit screens on February 9th, 2018.