Ben Wheatley Promises “Fun” and “Stuff with Claws” for Freakshift

It’s probably a bit early to be getting this excited about Ben Wheatley’s Freakshift, which doesn’t even begin shooting until August. The visionary director has given some word on the film however, that we thought you’d want to read.

Talking to Collider, Wheatley promised untold monster mayhem, comparing the film to 1950s B-movies. Here’s what he said:
“It’s monsters, shotguns, trucks, fighting at night, and it’s in the future, things coming out like crabs. Stuff with claws. That’s the elevator pitch. And August is when we shoot it. It will be dynamic and exciting the same way that Free Fire is. But it won’t be sadistic. But it will be fun. It’s a kind of a ’50s B-Movie done through the prism of Hill Street Blues and Doom.”

Freakshift has been in stop-start development since 2012. It pits an unlikely band of cops, thugs and misfits against a horde of nocturnal, subterranean monsters. The government-assembled group hunt and kill the creatures – which rise from the ground at night to eat humans – as a form of civic duty.
Ex Machina’s Alicia Vikander and Armie Hammer – fresh from Wheatley’s Free Fire – head the cast. Wheatley penned the script with longtime writing partner Amy Jump, while his regular collaborator Andrew Starke will produce via their Rook Films banner. Wheatley shared these pieces of concept art for the film earlier this year. 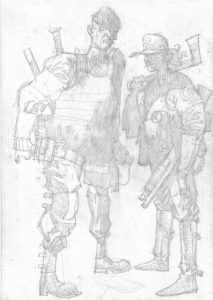 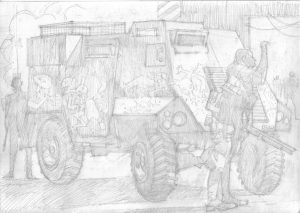