Behind The Scenes Photos from The Conjuring 2 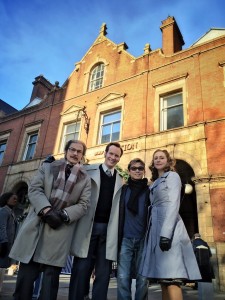 With production underway on The Conjuring 2, James Wan thought it would be fitting to treat fans to a couple of sneaky snaps from the film’s set in London. On his Instagram page, the director posted pictures of the “coolest cats” of his cast, Simon McBurney, Patrick Wilson and Vera Farmiga. As the film is set in the 1970s, the location has to be blasted back to the past and the photos give you a taste of how this is being accomplished at Marylebone station.

The Conjuring 2 will follow the story of the Enfield Poltergeist that tormented a London family for years in the 1970s. The apparent poltergeist moved furniture around and levitated members of the family – spooky stuff. Farmiga and Wilson will be reprising their roles as the paranormal investigators the Warrens, and new members of the cast include Simon McBurney, Frances O’Connor and Maria Doyle Kennedy. Chad and Carey Hayes have written the script and James Wan is back where he belongs in the director’s chair. 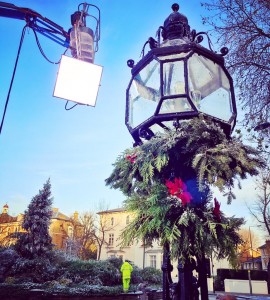 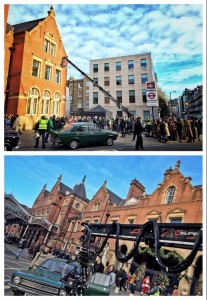