Behind The Sightings Makes Found Footage Out Of Clown Epidemic

It was really only a matter of time. Last year’s spate of ‘clown sightings’, which started out as an amusing news story then got very silly, very quickly, has become the direct inspiration behind a new horror film, entitled Behind the Sightings. 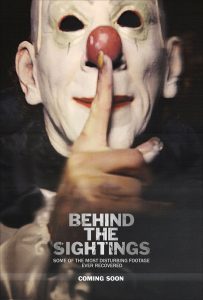 According to Deadline, Tommy V Films has just acquired the rights to the film with a view to putting it in US cinemas in October.

Behind the Sightings was directed by first-timer Tony Cadwell, from a script by himself and filmmaker Norman Alston. Keep your eyes peeled for more on this found footager in the coming months.