If you’re uncomfortable in your own skin, why not try someone else’s? That’s the logic Rebecca Forsythe’s Kira Mabon applies in upcoming body horror flick Replace, which also stars the iconic and much-loved Barbara Crampton. Check out the ethereal new trailer below. 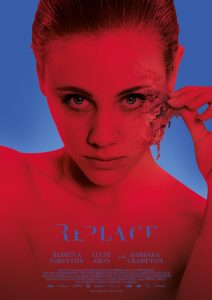 The film comes from director Norbert Keil, who also scripted together with Scarlett Amaris and Richard Stanley, the cult director of Hardware and Dust Devil. It tells of young Kira, who is afflicted by a strange disease that causes her skin to age rapidly, to the point where it dries and crumbles away. She soon discovers however, that she can slow the effects of the disease and maintain her youth and beauty by replacing her own skin with that of others, and is forced to wrestle with the moral choice the discovery throws up.

Replace also stars Lucie Aron, Sean Knopp and Adnan Maral. It premiered at the Brussels International Fantastic Film Festival on April 11th, and will hit US screens later this year. 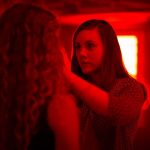 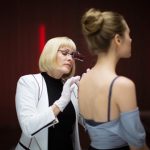 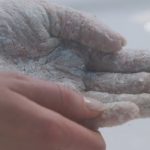