Can Evrenol’s Baskin has dominated the horror press ever since the bloody Turkish horror set the festival circuit alight last year. With home entertainment releases of the film continuing to roll out, director Evrenol is wasting no time in getting his next horror project off the starting blocks, taking his pitch to the Brussels International Fantastic Film Festival this week. 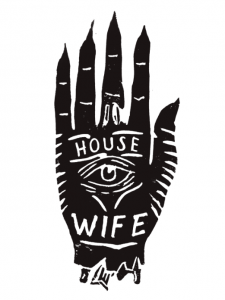 Joining with the festival for the third time is Montreal’s Frontières co-production market, who offer co-production and financing to genre films. As well as Evrenol, selected pitches this year come from Starry Eyes producer Giles Daoust, Doc of The Dead director Alexandre Philippe, I Sell the Dead director Glenn McQuaid and producer Larry Fessenden (House of the Devil, Stake Land), among others.

Evrenol is paying Frontières a visit with Housewife, which he wrote along with his Baskin co-writer Cem Ozuduru. While no plot details are available, the film does have a tagline, which is “There’s Only You, And Your Dreams”. There’s also this stark, severed-hand artwork and the expectation that Evrenol has something mighty nasty in store.