From Turtle Rock, the creators of the Left 4 Dead franchise, Back 4 Blood is slated for a worldwide release this summer—and the voice cast includes horror legend Barbara Crampton (Re-Animator, From Beyond, You’re Next)!

The game takes place after a catastrophic outbreak where most of humanity has either been killed or infected by the parasitic Devil Worm. Hardened by unspeakable events and emboldened to fight for the last of humanity, a group of apocalypse veterans called the Cleaners have rallied to take on the infected horrors known as the Ridden and reclaim the world. 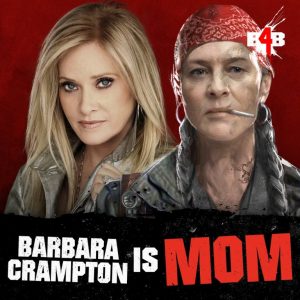 Crampton will voice “Mom” in the game, which will allow players to team up online, play solo with AI teammates, or enjoy a competitive multiplayer experience in which they take turns playing as both the Cleaners and the Ridden. Other voice actors include Alan Ayala as Evangelo, Danielle Judovits as Holly, William C. Stephens as Walker, and William Salyers as Hoffman.