Ahead of its Fantastic Fest premiere, a teaser has been released for the frankly awesome-looking Applecart which stars, among other horror regulars, the inimitable Barbara Crampton. The lush-looking trailer also comes with a bunch of stills from the film.

Applecart sees the iconic Crampton reunited with her Beyond the Gates co-star Brea Grant, and AJ Bowen, with whom she starred in You’re Next. They are joined by Sophie Dalah (Satanic), Elise Luthman (Deadtime Stories), Joshua Hoffman (Shameless), and the prolific Daniel Roebuck (Final Destination, The Devil’s Rejects).

John Dies at the End/Phantasm: Ravager producer Brad Baruh makes his directorial debut with Applecart, which he also wrote alongside Irving Walker. 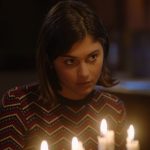 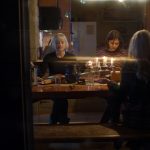 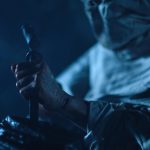 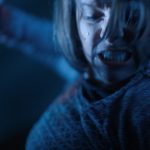 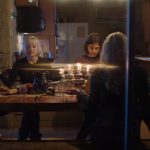 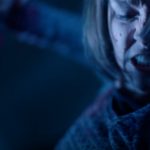 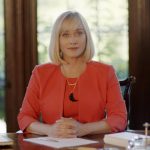 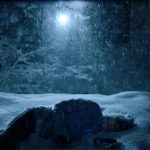 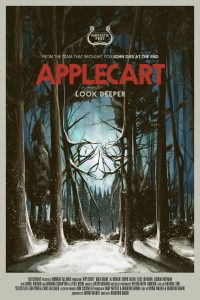 After James Pollack’s terminal cancer diagnosis leaves the family reeling, his adoring wife Casey is willing to try anything in the search for a cure. Loading up their two teenage kids Jason and Jessica, and Jessica’s best friend Becky Lane, the family treks to a remote cabin in Oregon for some recuperation. The cabin is built on iron-oxide, with alleged healing properties, and Casey is anxious for this alternative treatment to work.

As the family settles into the rustic cabin, a shroud of snow beings to fall, beckoning James outside in the search for firewood. Instead of kindling, James encounters an enigmatic woman passed out in the snow. Bringing her to the cabin for help, the family has no way of knowing that the woman’s presence is the catalyst for a series of events that will change their lives forever.