Backcountry Trailer Escapes From the Woods

IFC Midnight have unveiled the trailer to Backcountry, a horror film which traces the steps of a young couple who make the mistake of not sticking to the trodden path.

Directed by Adam MacDonald (Home Sweet Home, Wolves) and based on factual events, Backcountry follows Alex (Jeff Roop), an experienced outdoorsman, and Jenn (Missy Peregrym), a corporate lawyer, who is quite the opposite. Much to her hesitation, Jenn agrees to let Alex show her one of his favourite places – the secluded Blackfoot Trail. Alex is confident he knows his way around the woods but it would appear that time has transformed the woods he once knew.

Whilst on their travels they come across an unsavoury character, Brad (Eric Balfour) who offers to help them find their way. With Brad clearly having eyes for Jenn, an awkard encounter ensues with Brad bidding farewell in not the politest of ways.

Despite the setback, the couple push on until they realise they are hopelessly lost, with virtually nothing to drink or eat, pushing their already fragile relationship to breaking point. If that wasn’t enough to deal with, it’s not long before they also realise they have just stumbled into bear territory.

Backcountry will be released through IFC Midnight in the US this March 20th. In the meantime we’ll leave you with the trailer: 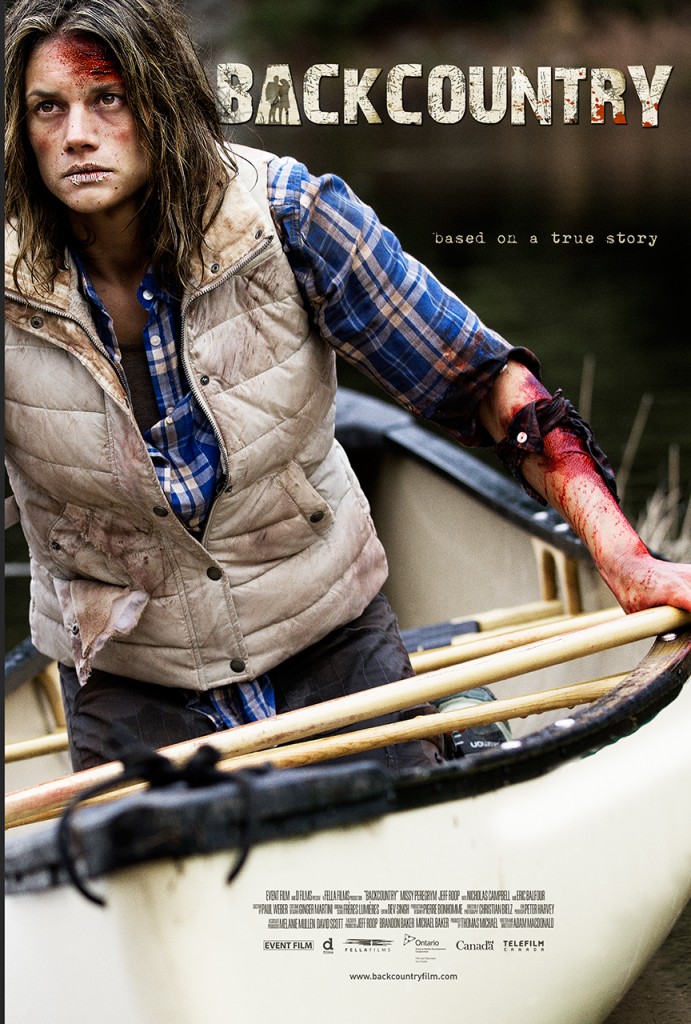