The Axe Murders of Villisca Comes Home in April 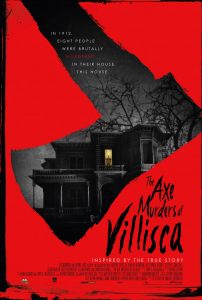 IFC Midnight’s The Axe Murders of Villisca – which is based on a still unsolved true-life massacre that occurred in a quiet Iowa town in 1912 – will be heading to digital download platforms (including iTunes, Amazon Video, GooglePlay, Xbox Video Store and SkyStore) on April 17th.

On June 10th, 1912, Josiah Moore, his entire family and two overnight guests were slaughtered in their beds in the quiet town of Villisca, Iowa. They were found with their faces covered with bedsheets, and an axe – the presumed murder weapon – was left at the scene. The town became flooded with police, the law enforcement agencies from neighbouring counties and states joining forces, but the murders remained unsolved.

The feature debut of director Tony E. Valenzuela, The Axe Murders of Villisca stars Robert Adamson (The Young and the Restless), Jarrett Sleeper (The Fourth Door) and Alex Frnka (Vanity) as three friends who get more than they bargained for after sneaking into the infamous house where the murders occurred over a century ago. 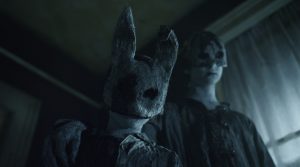 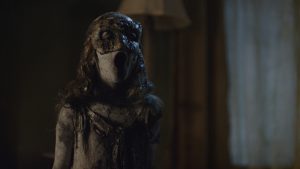 Since the mid-90s, the house has become a macabre tourist attraction, and is said to be one of the most haunted places in America. However, the murder case remains relatively unheard of among true crime and paranormal enthusiasts when compared to the Amityville case, for example, with which it shares some glaring similarities.