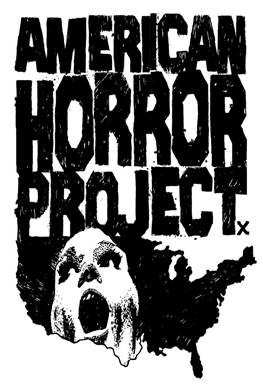 Arrow Video has announced its plan to bring a variety of near-forgotten cult horror films to blu-ray in its American Horror Project. The project aims to preserve unique slices of the American Nightmare, so that we can enjoy all-new High Definition transfers of films that may have only ever been released on VHS. Until now, that is. There will also be plenty of extras in each collection, so even if you’ve seen the films before, there’s going to be something new in there for you.

Volume 1 of the series will consist of 3 tales from the 1970s. They will be Christopher Speeth’s Carnival of Blood, Matt Cimber’s The Witch Who Came from the Sea and Robert Allen Schnitzer’s The Premonition. All these are tales of true terror, madness and violence, proving that Arrow’s collection is really delving deep in to the more obscure and lesser-known American horror films from times gone by.

It’s great that Arrow is bringing an alternative round of horror to a whole new audience and giving some cult classics a chance to join the limelight where The Exorcist, The Texas Chainsaw Massacre and A Nightmare on Elm Street so happily sit.

When speaking about the project, James White (The Head of Technical and Restoration Services at Arrow Video) said:

“In much the same way that Stephen Thrower’s landmark study NIGHTMARE USA told an alternative history of the independent horror film during the 1970s and 80s, Arrow’s Horror Project aims to shine a light on a number of innovative and provocative films made during this period that for whatever reason, have been allowed to languish, under-appreciated and waiting to be rediscovered.

So for every one of our titles, we’ll be restoring these films from scratch, seeking out the best existing source elements and (whenever possible) involving the original filmmakers to ensure that the films can be seen at the highest quality and in most historically accurate presentations possible. In many cases this may mean extensive detective work and piecing the films back together from a number of separate elements, given the lack of care that some of these titles suffered back in the day. Most of these films will never appear pristine, but viewed in the context of the Horror Project, will reflect their own unique production and distribution histories in a way that they’ve never been afforded before.

This was an incredibly prolific and creative period of independent filmmaking and Arrow’s Horror Project seeks to rescue these important films from being lost to cinema history forever.”