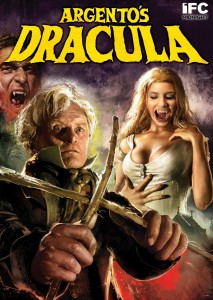 Synopsis:
Jonathan Harker (Unax Ugalde) travels to Count Dracula’s castle in the Carpathian mountains only to find himself attacked and imprisoned by the blood-hungry Nobleman. Upon hearing of her husband’s confinement, Mina Harker (Marta Gastini) enlists the help of vampire expert Van Helsing (Rutger Hauer). The pair then journey to Dracula’s castle to conquer the Count and rescue Jonathan.

Even though Dario Argento’s latter-day output is indubitably weaker than his earlier classics, the thought of the giallo master helming a big screen version of Bram Stoker’s Dracula is one that would send most horror fans salivating into a cine-sexual frenzy then clambering frantically over one another in desperation for a ticket/ DVD. With this in mind, and after such a long wait, it is sad to see that Argento’s Dracula is a clunky, irreverent mess. This, one of countless adaptations of the classic Count’s tale, clots on the big screen like a desiccated scab. Argento’s Dracula is partially speckled with tiny fragments of visual brilliance that allude to the horror master’s earlier coups but fail to coalesce into a work that’s remotely in the same league.

Argento’s Dracula wrapped in 2011 and was intermittently released across the globe during the three years following its completion. Arriving as Dracula 3D in Spain, Italy, Kuwait and the Philippines throughout 2012, the film finally surfaced in American cinemas during 2013 before landing (in 2D/ on DVD) in the UK, late 2014. With reasons for its shaky distribution evident from the outset, Argento’s Dracula is brazenly bungled with over-lit, pantomime sets, a patchy plot, play school performances and perfunctory dialogue barked out by a cast that are fired by fervour but unable to effectively convey the complex emotions required during times of dramatic conflict, i.e. a great flapping vamp attack. 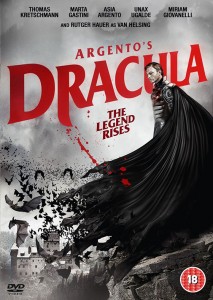 Thomas Kretschsmann couldn’t panic a partially paralysed pensioner into handing over their Eccles cake as the wooden/ anesthetised Count. Rutger Hauer dodders about dimly lit corridors as Dracula’s iniquitous nemesis with the enthusiasm of someone in search of their door keys while blurting out lines like “Thank God I had enough garlic for one bullet” (he was better playing the Count himself in Dracula III: Legacy). Asia Argento swans around, mostly naked, through the dismay as Mina’s promiscuous friend Lucy, providing the film’s best performance while Claudio Simonetti’s warbling, disjointed, 50s sci-fi style score melds gracelessly with the visuals. The gauchely structured story rocks ineptly through shabby set-pieces, twitching CGI and defective frights. Lurid giallo visuals and lively violence mends well with the gothic elements of Stoker’s novel (Argento’s Dracula was filmed entirely in Italy) and flickers of visual splendour, when combined with the bloodshed, serve as a wistful aide memoire of Argento’s once extraordinary artistry. 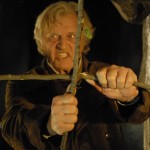 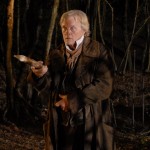 The story in Argento’s Dracula is not a strict adaptation of Stoker’s novel but sponges rudiments and commendably strives to do something new with the source, introducing original characters and scenarios in attempt to reinvigorate the habitually told tale. In this version, Dracula has the ability to turn into a wolf, a cockroach, swarm of flies, a mantis and some kind of malevolent owl, which makes a change from the bat, rats and mist we’re accustomed to. Unfortunately Kretschsmann wanes with the vein of a finance company chairman and the VFX rendered for his surreal transformations are Spectrum at best. When combined with all the other hackneyed facets, Argento’s Dracula emerges as a bloated, perplexing and gauche adaptation of the classic horror tale, relayed by a genre master who really should have done better.

Extras include: an excellent, energised trailer that is much better than the film.