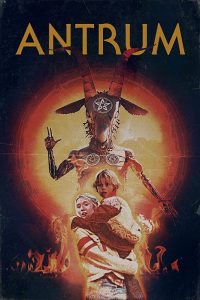 Else Films just has released the full score for Antrum: The Deadliest Film Ever made on YouTube for our listening pleasure.

As someone who loves listening to horror scores while she works, this immediately became the new soundtrack to my self-isolation. Composed by Alicia Fricker, the score is as hypnotic as it is unsettling—a perfect accompaniment to the skin-crawling film.

Presented as a lost and supposedly cursed horror flick from the late 1970s, Antrum sees a young boy and girl dig a hole to hell. The film recently became the #1 trending film on Amazon Prime in the U.S. after releasing on VOD late last year.

Click here to listen to the full soundtrack, and be sure to check out the creepy film if you haven’t already!