Annihilation Poster Takes Us Inside

Natalie Portman heads an all-star cast in Alex Garland’s upcoming sci-fi horror Annihilation, which has been given this new poster. 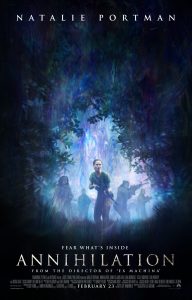 Garland – the acclaimed author of The Beach who in 2014 became the acclaimed director of Ex Machina – wrote and directed the film, which he adapted from Jeff VanderMeer’s novel.

Portman stars as a biologist (known only as The Biologist) who, following her husband’s disappearance, signs up for an expedition into an environmental disaster zone where the laws of nature do not seem to apply. As she ventures deeper into the surreal, dreamlike landscape, her mindset begins to adapt to her strange environment. 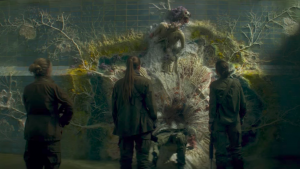