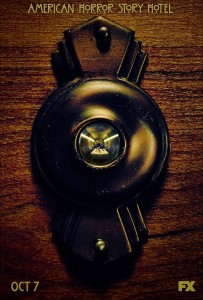 Angela Bassett has already featured in 3 seasons of American Horror Story and it seems that Ryan Murphy is keen to see more. On the red carpet of the recent Golden Globe Awards the show runner confirmed that Bassett will be starring in the sixth season of the hit horror show. The actress is currently playing Ramona Royale in the fifth season, Hotel, where Lady Gaga picked up a Golden Globe for her horrifying performance.

Ryan Murphy has also expressed his interest in Lady Gaga returning for the sixth season and rumours have been circulating about Jessica Lange making a welcome return, too. Despite Hotel being another great season of the show, Lange’s absence has definitely been felt, so it would be great to see her return.

American Horror Story: Hotel is currently drawing to a close, so expect an announcement about Season 6’s theme soon. What do you want it to be?