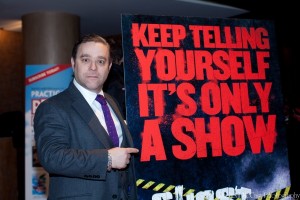 After frightening theatre goers around the world since it’s UK debut in 2010, Andy Nyman’s Olivier nominated stage play Ghost Stories, finally gets the big screen treatment with principle photography having started on the film adaptation on 24th October.

The supernatural, anthology thriller tells the story of a sceptical Psychology Professor (Andy Nyman, reprising his stage role) who receives an ominous letter from a former mentor/ TV parapsychologist Charles Cameron. Cameron, who has been missing and presumed dead for fifteen years, tells Goodman three terrifying, seemingly supernatural, but, apparently true life tales of events which apparently happened since his vanishing, putting his friend’s stern scepticism to the test in the hope that he can rationalise what traumatised him. 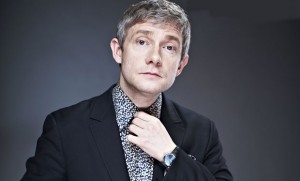 Jeremy Dyson and Andy Nyman said of the project, “Over half a million people have seen the play and now we are beyond excited to be bringing the film version of ‘Ghost Stories’ to life. We adore supernatural thrillers and will be doing our utmost to ensure we give our audience an unforgettable experience that makes them laugh, scream and haunts their dreams”.

Ghost Stories, the theatrical production, broke box office records in the UK before going on to play in Toronto, Moscow, Sydney, Shanghai and Lima, Peru, and the film promises to be equally as spectacular and terrifying, considering the talent involved.