Andy Muschietti, the director of Mama and the upcoming adaptation Stephen King’s It is currently being eyed as the director of Justice League Dark. This news comes after the director Doug Liman exited the project due to scheduling conflicts. 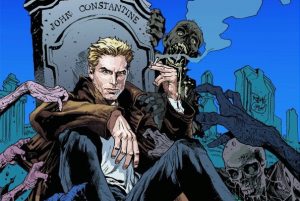 Muschietti is currently one of many names being considered, but his is the only one that has been revealed. We’re intrigued to see who else is on the list, because Muschietti will be working on the sequel to It this summer, so will he have time to bring Justice League Dark to the big screen? Either way, this does bode well for It, suggesting Warner Bros likes what it has seen….

If Justice League Dark takes off it should feature John Constantine, Swamp Thing, Deadman, Zatanna and Etrigan the Demon; certainly a more intense set of (anti)heroes than Justice League. The darker the better, so bring it on.