Andre Ovredal to Helm Scary Stories to Tell in the Dark

Andre Ovredal (Trollhunter, The Autopsy of Jane Doe) is one of the most exciting horror film-makers working at the moment. His two previous features managed to breathe life into two very different horror sub genres, crafting a couple of intelligent, scary and even witty features. Now, Ovredal has signed on to direct the CBS series The Scary Stories to Tell in the Dark with producer Guillermo del Toro. 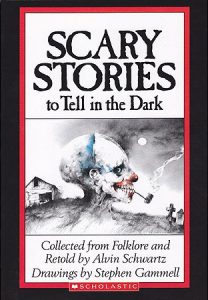 Based on the set of books from 1981-1991, the thriller series will follow a group of teenagers as they try to solve the mystery that surrounds a series of sudden deaths in their town. Production is set to begin next year and the most recent draft of the script has been written by The Lego Movie’s Kevin Hageman and Dan Hageman.