American Horror Story Season 8 Will Be Set in the Future

American Horror Story has been to a lot of places since its humble beginnings back in 2011. However, it’s never been to the future; until now. When speaking at the Television Critics Association’s press tour, showrunner Ryan Murphy confirmed that the next, eighth, season of the horror series will take place in the future: 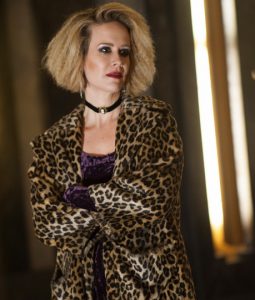 “It takes place in the future. It’s still topical, but [set in] the future, which I’ve never done… I think people will like it.“

Will it be so far into the future that humans are living on the moon? Will it take place in spaceships, in the middle of a galactic war like Star Wars? The mind boggles with the potential the word “future” brings.

We’ve had witches, ghosts, tales of revenge, politically-charged horror and a freak show, but what’s next? Only time will tell, but this sounds exciting.