Be Alone Now with The Strangers: Prey at Night Trailer 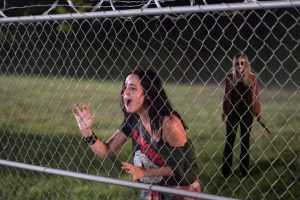 In November last year, Relativity Media’s financial crisis looked to have killed for good any hope for the The Strangers sequel which had been planned, promised and rumoured for most of the eight years since Bryan Bertino’s 2008 home invasion flick. And yet here we find ourselves, just one year on, and watching the first trailer for The Strangers: Prey at Night. The film world moves in truly mysterious ways.

Making strong use of Tiffany’s I Think We’re Alone Now, the teaser reunites us with masked psychos Dollface (Emma Bellomy), Pin-up Girl (Lea Enslin) and Man in the Mask (Damian Maffei) as they torment a new set of victims including Don’t Be Afraid of the Dark’s Bailee Madison, as well as Christina Hendricks, Lewis Pullman and Martin Henderson. It’s pretty awesome, and has gotten me excited for the film all over again. 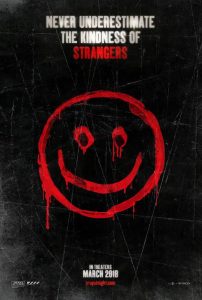 Johannes Roberts (47 Meters Down) directed the film, which was scripted by Bryan Bertino and Ben Ketai (The Forest).
Will the killers’ job be “easier next time,” as was promised at the end of The Strangers? We’ll find out when the film is released on March 9th, 2018.