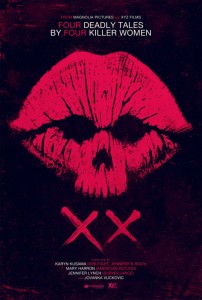 Filming looks to be completed on XX, a horror anthology all of whose segments are shot by female directors, and centre on female characters. The four directors were given free rein to do as they please, with budget and time being their only constraints.

Magnet Releasing has divulged very few details about the project, but the four directors involved have some seriously impressive horror credits to their names. The helmers are Mary Harron (American Psycho), Karyn Kusama (Jennifer’s Body, The Invitation), Jennifer Chambers Lynch (Surveillance, Chained) and award-winning writer and shorts director Jovanka Vuckovic, a vocal champion of the project since its inception a couple of years back. Oddly, Harron’s name seems to be missing from the film’s international listing, and IMDb also credits one Sofia Carrillo as a director. You’ll be hard pushed to find any explanation for this however; perhaps Carrillo directs a wraparound story. Who knows? 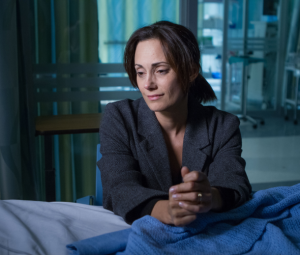 All we currently know with regards to who directed what is that Vuckovic’s segment is an adaptation of a Jack Ketchum story entitled The Box. Another segment is titled Her Only Living Son, although which of the other three filmmakers directed it is unknown.

Details may be few and far between at this time, but these stills from Vuckovic’s The Box have been released, and show Natalie Brown (Saw V), Peyton Kennedy (The Captive) and Peter DaCunha (Hellions). XX is the latest horror anthology in a mighty re-popularisation of the format that no one could have predicted, and is most definitely one to keep an eye out for.