All Cheerleaders Die Gets New One-Sheet & US Release

All Cheerleaders Die is finally making a release Stateside. The film is set to hit VOD on May 8th followed by a theatrical release June 13th. No doubt some kind of DVD/Blu-ray release will see the flick making it to the UK/Europe later in the year. The film stars Caitlin Stasey (“Reign,” Tomorrow When the War Began), Sianoa Smit-McPhee (“Hung”), Brooke Butler and Tom Williamson.

Synopsis:
When tragedy rocks Blackfoot High, rebellious outsider Mäddy Killian shocks the student body by joining the cheerleading squad. This decision drives a rift between Mäddy and her ex-girlfriend, Leena Miller – a loner who claims to practice the dark arts. After a confrontation with the football team, Mäddy and her new cheerleader friends are sent on a supernatural roller coaster ride which leaves a path of destruction none of them may be able to escape. 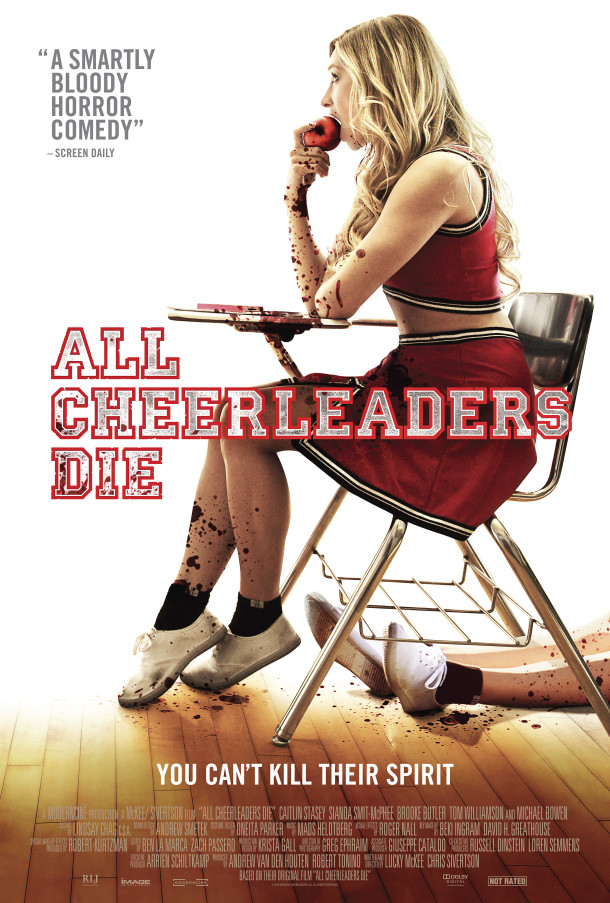