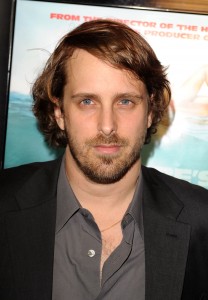 If you’ve got a horror film you want made then Jason Blum is the dude you need to speak to. Blumhouse Pictures are an unstoppable force in the horror world and now they have teamed up with French director Alexandre Aja to bring his next horror endeavour to the big screen.

The film will be titled Sleepwalker and will focus on a sleep study; that’s all we know so far, because everything’s being kept a bit hush-hush at the moment. We do know that Aja will be directing and Jonathan Hirschbein will be writing. Hirschbein is the scribe behind films including Bad Country and Road to Paloma.

Alexandre Aja has a host of great films to his name include the chilling French-language High Tension,  The Hills Have Eyes remake – which is pretty damn good and Daniel Radcliffe-starrer Horns. He’s also behind the less-impressive Mirrors and the B-movie blast Piranha 3D, which is a lot of fun. All in all, he’s done a lot of horror and we should be excited to see what Sleepwalker can deliver us with.