A trailer has landed for director Joston Theney’s sequel to his 2013 slasher Axeman, entitled Axeman II: Overkill, and it doesn’t hold back on the good stuff. Production company #SinningWorks has put the trailer out along with these stills for the film, which is due to arrive sometime late this year.

“The film’s been done for about a year and a half,” Theney explains in the film’s press release, hinting that industry politics are responsible for the hold up in delivering the sequel. “There’s been a lot of behind-the-scenes nonsense, but regardless of the outcome, you will see the film this winter whether it’s ‘their’ release or mine. We have some incredibly awesome fans and diehard gore-hounds that have been following the release news religiously, and my goal since the beginning has been to satisfy them. They’re the reason I make the Axeman films.” 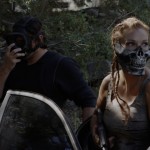 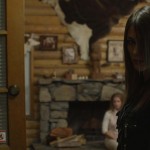 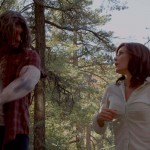 When a band of crazed evangelicals, bank robbers, and vigilantes descend upon Cutter’s Creek, there’s only one local legend that can separate them. And dismember them.