A home release has been set for horror fantasy Flay, whose mysterious, faceless antagonist has drawn comparisons to the Slender Man.

The film is the first horror feature from director Eric Pham. Pham is best known for his visual effects work, having lent his talents to the likes of Sin City, Grindhouse and Red Planet, and directed Flay from a script by Matthew Daley. The pair are reuniting for the already-announced Flay, The Return. 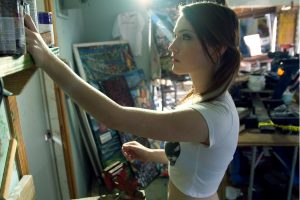 Synopsis:
After the death of her mother, an estranged daughter struggles to save her brother, and those around her from a malevolent faceless spirit.

Flay creeps its way onto VOD on March 6th.