Scott Adkins (Doctor Strange, The Expendables 2) gets beaten and blown up in two stills from upcoming comic adap Accident Man, in which he stars as the titular assassin, but looks far more relaxed on his bike for a promo shot. 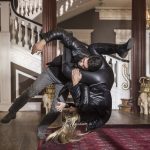 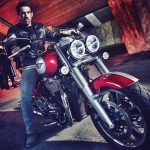 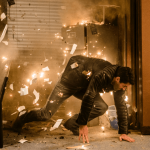 Adkins also co-wrote the film, which is based on a character from defunct UK weekly comic Toxic!, which ran for 31 issues in 1991. Said to have a Deadpool-esque tone, the UK production also stars Ashley Greene (The Apparition, Twilight), Ray Stevenson (Punisher: War Zone), Brittany Ashworth (The Crucifixion, Hostile), David Paymer (Drag Me to Hell), Amy Johnston (Lady Bloodfight) and Black Dynamite himself, Michael Jai White. 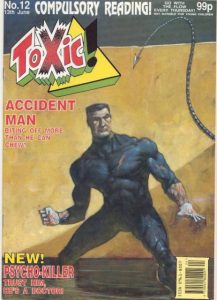 Stunt performer/filmmaker Jesse V. Johnson directed Accident Man, which wrapped production in London last year, and “…centres on the life of Mike Fallon, a high-class hitman, known for making assassinations look like unfortunate accidents. Fallon’s cavalier attitude changes the day his ex-girlfriend, Beth is murdered. He teams up with Beth’s new girlfriend Charlie (Greene) on a murderous rampage to find out who killed her.”

Earlier this year, Adkins wrote on Instagram: “This is my dream project since I was 15 years old. I fell in love with the comicbook, always knew it would be an amazing movie. I co-wrote, produced and of course star and I am very, very proud of this film and I know you guys are going to love it too.”