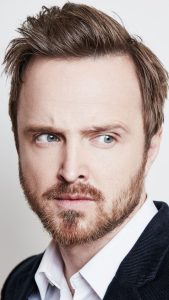 On a lonely spaceship orbiting Neptune, Mason Anders (Paul) fulfils his dream to rebuild his dead wife, Beth (Kurylenko), and their son, Spencer, as androids. But when the androids begin demanding a life of their own, Mason’s life is suddenly in danger.  A battle of wits and strength ensues.  Will Mason prevail against the superior intellect and abilities of the androids, and can he make the ultimate sacrifice and destroy his family to save humanity?

The story sounds like it’s going to be a blend of ideas explored in Ex Machina, I, Robot and the episode from season 2 of Black Mirror ‘Be Right Back’. Artificial intelligence has been a popular concern for sci-fi films for years now, but we’re always interested in a film-maker who can put their own unique stamp on ideas surrounding artificial life and the fears that come with it.

Android will begin shooting in 2017.