A New Trio of Teasers from American Horror Story: Hotel 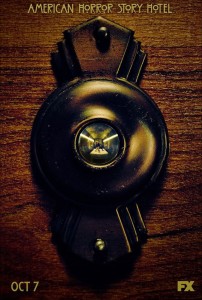 If you feel like you’ve not seen enough from the upcoming series American Horror Story: Hotel, then you will be relieved to know that we have three brand new teasers to give you your fix of the show.

They’re short and sweet, with just the right amount of menace which we’ve come to know and love from American Horror Story. ‘Sleepwalk’ is my favourite of the three, purely because it’s the most terrifying. It also gives us a bit of an idea what our killer may be doing with the bodies…

With a completely new twisted tale every season, American Horror Story is definitely one of the best shows on television. There will be a handful of actors returning from previous seasons, but also a lot of fresh, new faces. The cast include Emma Roberts, Lily Rabe, Madchen, Lady Gaga, Matt Bomer, Sarah Paulson, Kathy Bates Chloe Sevigny, Wes Bentley and heaps more.

Be sure to tune in to American Horror Story: Hotel when it begins on 7th October.