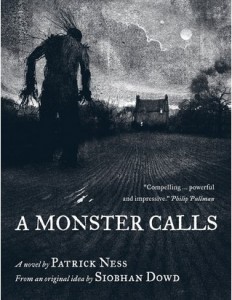 A touching and thoughtful teaser trailer has been released for A Monster Calls, the latest fantastical drama from J.A. Bayona (The Orphanage, The Impossible). The film introduces us to the lonely boy Conor (Lewis MacDougall) who seeks the help of a monster to help him during a difficult period of his life, where he feels unseen by his classmates and his mother is battling a terminal illness.

It doesn’t sound like the most uplifting of stories and we can easily bet there’s going to be more than a few tear-jerking moments in this one. However, at the stories core there is a tree monster and that is something to get excited about. It’s also voiced by Liam Neeson, so that’s pretty awesome.

Take a look at that trailer below; in a typical Bayona fashion it looks visually impressive with a great blend between fantasy and reality. We’re thinking it’s going to be something like a mix of Where the Wild Things Are, Pan’s Labyrinth and The BFG. Despite the book not being aimed at a young audience, the film looks like a horror for kids and that’s always exciting.

A Monster Calls will be released on 14th October 2016, so there’s plenty of time for you to grab the book by author Patrick Ness before the film calls.