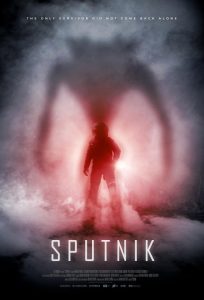 The Russian creature feature centres around Tatiana Yurievna (Oksana Akinshina), a young doctor who is on the verge of losing her medical license due to her controversial methods. After being recruited by the military, Tatiana is brought to a secure science research facility to assess a special case—that of Konstantin Sergeyevich (Pyotr Fyodorov), a cosmonaut who survived a mysterious space accident only to return to earth with something living inside him. Tatiana wants to save her patient, the military has nefarious plans… and the creature itself thrives on destruction.

Fedor Bondarchuk and Anton Vasilev also star in the film, which was written by Oleg Malovichko and Andrei Zolotarev.

Sputnik releases in select theatres, digital platforms, and on VOD in North America on August 14th. Check out the new trailer below!