The Horror! Are You Scared Of Dentists, Drowning and Doctors?!

If you are not scared of dentists, drowning and doctors before you view A Cure for Wellness, you certainly will be by the time you leave. You’ll also want to steer clear of drinking water, floatation tanks and crowds of elderly people too.

Gore Verbinski’s latest chiller plays on all these phobias and more, as it winds its way from its slow, sinister build up, to its out and out spade-in-the-head horror finale, leaving you distinctly unsettled to say the least.

Based on an original story by Verbinski and screenwriter, Justin Haythe, A Cure for Wellness features a fine performance from Wittertainment favourite, Jason Issacs, who manages to be spine-chillingly sinister and completely charming at the same time. Indeed, it is Issac’s understated performance that makes the time-honoured trope of ‘is the hero losing his mind or is everyone actually out to get him’ work so convincingly. 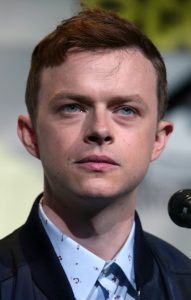 Young Di Caprio lookalike, Dane DeHaan, is also on top form as the bewildered city financier sent to retrieve one of his bosses from the creepy sanitarium, while relative newcomer, and the new Mrs Shia LeBeouf, Mia Goth, manages to maintain a disconcerting detachment throughout.

Sadly, the ever dependable Celia Imrie acts all the other elderly guests off the croquet lawn, and you can’t help feeling the directors missed a trick here. I’m sure there are many senior actors who would have relished the chance to ham it up one more time in what is destined to be a cult horror. Instead we get a mix of benign old duffers, constantly trying to persuade DeHaan to learn a new card game to pass the time in between their mysterious ‘treatments’. 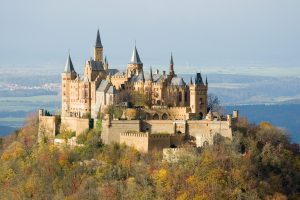 There’s no denying that A Cure for Wellness takes a while to get going, and could certainly stand to lose a fair chunk of its two and a half hour run time. That said, the production design is so sumptuous and the strange setting so beautifully realised, that you don’t mind spending a while looking around before things start getting gory. It’s certainly worth the wait.

As the final reel begins, brace yourselves for some stomach-churning effects and some pretty twisted concepts as the truth behind the ‘cure’ is revealed in graphic detail. You’ll certainly never look at eels in quite the same way every again.