Is an ALIEN: AWAKENING TV Series in the Works? 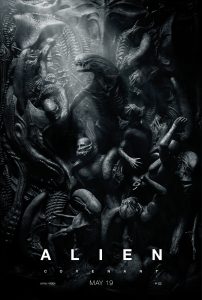 According to Ridley Scott, there are at least a trio of new Alien movies coming down the pike in the coming years. Other insiders (including myself) are less certain. Not only was Alien: Covenant a huge disappointment to franchise fans who patiently endured Prometheus, Fox has yet to confirm any forward movement whatsoever.

Then there’s the fact that Fox will soon be owned by Disney, putting the future of all R-rated properties into question.

So while we should take any news regarding the future of the Alien franchise with a health dose of skepticism, new rumors simply can’t be ignored. Could the sequel to Alien: Covenant be a TV series? Will the long-gestating Alien: Awakening materialize on small screens? Could all of this be times to coincide with the 40th Anniversary of Alien in 2019?

UK YouTuber Mr. H has been following the news himself and added some additional information in a recent video (below). His sources suggest an announcement regarding an Alien: Awakening TV series will come at this year’s San Diego Comic-Con, kicking off on July 19th. Time will tell!

While we wait for confirmation, peep the trailer and synopsis for Alien: Covenant below.

Synopsis:
Bound for a remote planet on the far side of the galaxy, members (Katherine Waterston, Billy Crudup) of the colony ship Covenant discover what they think to be an uncharted paradise. While there, they meet David (Michael Fassbender), the synthetic survivor of the doomed Prometheus expedition. The mysterious world soon turns dark and dangerous when a hostile alien life-form forces the crew into a deadly fight for survival.