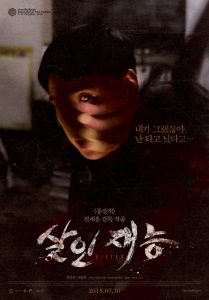 88 Films is to release the South Korean crime-thriller Gifted this May. From director Jai-hong Juhn, the film follows a man who is forced to work for a criminal organisation after losing his job. The longer he works for them, the more he realises his own lust for violence.

South Korea is behind some of the greatest and most vicious modern thrillers, including Oldboy, I Saw the Devil, Memories of Murder, Mother and many more. Gifted has managed to slip through the net for me, so I am personally excited to catch the film when 88 Films releases it on 28th May.

You can check out the trailer for the film below; it showcases a person’s inner-turmoil when they realise they take pleasure in other people’s pain. It looks hard-hitting and complex, so keep an eye out for Gifted at the end of this month.