50s B-Movie Weirdness in I Was A Teenage Wereskunk Trailer

While throwbacks to 80s slashers and creature features may be the hot thing right now, first time writer/director Neal McLaughlin is looking a little further back with his comedic homage to 50s drive-in fare, I Was a Teenage Wereskunk. 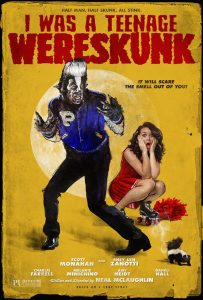 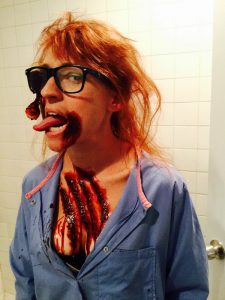 The trailer, which could just be the best thing you’ll see today, admirably evokes the era, with diners, high school sports jackets and a voiceover that promises a story “ripped from today’s headlines!” There’s also brilliantly over-the-top acting, plentiful gore and the least convincing moustachioed cop you’ll ever see. 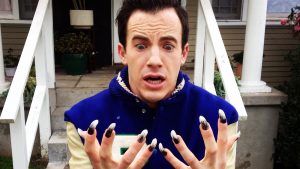 I Was a Teenage Wereskunk is available now on Amazon Video, and on DVD through the film’s official website.