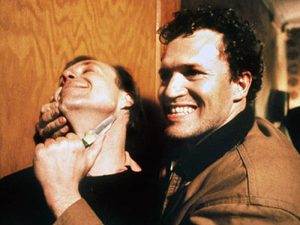 Quite possibly the finest true-life-inspired serial killer film ever, John McNaughton’s 1986 masterpiece Henry: Portrait of a Serial Killer is heading to blu-ray in a 30th anniversary 4K restoration.

Based on the crimes of Henry Lee Lucas, the raw, stark and extraordinarily powerful film did not see a release of any kind until 1990, and remained cut and re-edited by the BBFC in the UK until 2003, when an uncut version finally surfaced. The film gave genre icon Michael Rooker (Slither, The Walking Dead) his first film role, and he’s never been better, giving a searing, terrifying and tragic performance as the titular psychopath. 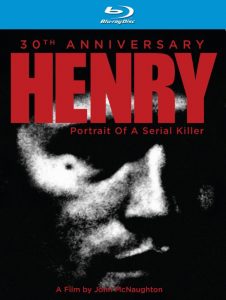 Having served several years behind bars for killing his abusive mother, Henry – now a murderous drifter – shacks up with former prison friend Otis (a sleazy and dangerous Tom Towles) and his younger sister Becky (Tracy Arnold). Becky finds herself drawn to Henry, unaware that he and Otis spend their nights randomly killing strangers. An unflinching look at damaged minds and offering no easy solutions or redemption, Henry remains a visceral and acutely disturbing experience.

It will be interesting to see how the restoration has been handled, given that the raw, grubby photography only added to the film’s power. All will be revealed when the film lands on digital platforms and Blu-ray on December 6th courtesy of Dark Sky/MPI.