The long and obstacle-ridden journey to the screen that has befallen shark thriller 47 Meters Down is finally coming to an end, with Entertainment Studios Motion Pictures having announced that long-promised big screen release. 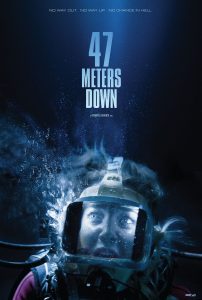 A US DVD/VOD release for the film was originally slated for August 2016, but was pulled just a week before in favour of a run on the big screen. While the success of The Shallows undoubtedly had some influence, the decision was made after original rights holders Dimension Films sold the film to Entertainment Studios. During the fiasco, the film was re-titled In The Deep (weirdly, also the original title for The Shallows) before Entertainment reverted it back to its original title.

On the rebound after a devastating break-up, Lisa (Moore) is ready for adventure while on vacation in Mexico. Even still, she needs a little extra persuasion when her daring sister Kate (Holt) suggests they go shark diving with some locals. Once underwater in a protective cage, Lisa and Kate catch a once in a lifetime, face-to-face look at majestic Great Whites. But when their worst fears are realized and the cage breaks away from their boat, they find themselves plummeting to the bottom of the seabed, too deep to radio for help without making themselves vulnerable to the savage sharks, their oxygen supplies rapidly dwindling. 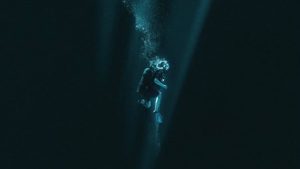 47 Meters Down will finally reach the screens of US cinemas on June 16, a month before the seemingly now global phenomenon of Shark Week.