A new trailer has arrived for pseudo-documentary The Blackout Experiments, ahead of its July 22nd US release.

Documenting LA’s premier horror experience ‘haunt’ The Blackout, the film shows what happens when “…a group of friends discover the dark underworld of the ultra-scary, psychosexual horror experience called Blackout. But what starts as a thrill ride through the unknown becomes deeply personal, developing into an obsession that hijacks their lives and blurs the line between reality and paranoid fantasy.” 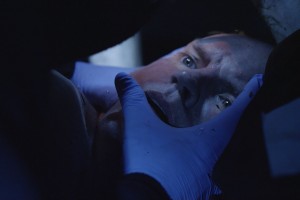 The Blackout requires all patrons to sign a waiver before entering its walls, where they are gagged and given a torch, and are likely to be screamed at and shoved about by the actors, who force them to do some pretty grim things that involve pain, humiliation and various bodily fluids. Some even leave with a permanent reminder of their experience tattooed on their bodies. 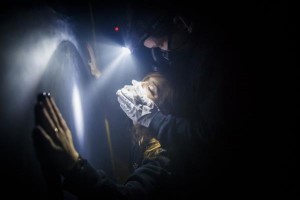 The Blackout Experiments seems to be a pretty straight-up documentary about a group of people who become perhaps a little too involved in The Blackout, and it received mostly positive reviews following its premiere at Sundance earlier this year. It’s hard not to think it looks like an extended advertisement for the ‘haunt’ though, although it will no doubt put off as many potential customers as it will entice.