A set of images have been released for Netflix’s next original series Stranger Things and they give us a sneak peek at the show’s ‘80s vibe. Just check out that floral wallpaper and the polo neck on Winona Ryder’s character Joyce. 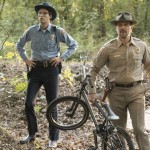 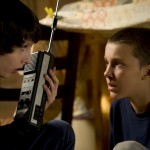 Stranger Things follows the disappearance of a young boy that triggers a series of mysteries involving the supernatural, government experiments and a little girl. From the looks of the things, someone – or some thing – has drawn a Ouija board on the wall. Freaky. 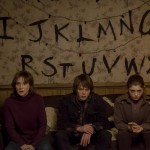 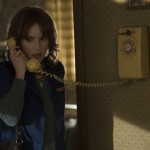 The show has been described as a “love letter” to sci-fi classics and it seems to have certainly captured the essence of the ‘80s in its visual style; the earthy browns and beiges look appropriately old-school, but we wonder how the show will compare to its inspirations E.T. and Close Encounters of the Third Kind…

Stranger Things will debut on Netflix on 15th July.