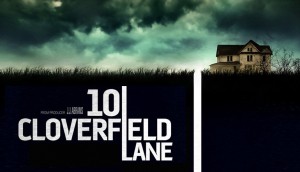 Synopsis
Three people trapped in an underground bunker try to verify the source of ominous sounding activities occurring up above to determine whether or not they can safely return to the surface.

It’s incredible how imperative, misunderstood and frowned upon the role of film marketing is in our sterilised multi-media age. Not only in it’s task of packaging and presenting a designated picture (via posters, trailers and TV spots), but the manner in which it contributes to that first viewing experience, and also (to a degree/ in the case of 10 Cloverfield Lane) how the film isn’t presented. For a film to emerge completely spoiler free, and be appreciated in as pure a form as possible, is a work of calculated marketing genius that shouldn’t be taken for granted, but for an entire film to arrive completely unexpected, with trailers unveiling it’s existence only a month or so before the release, is totally unprecedented: a marketing masterstroke very much in the manner of the (likely) “franchise” that 10 Cloverfield Lane is now (probably) a part of.

The original Cloverfield was an enigma when it arrived way back in 2008. Even the title sounded like the name of a restricted government file/ programme: a filmic riddle that beguiled from the outset with puzzling posters and trailers revealing little more than people in peril and a decapitated statue of liberty. All the public could fathom was that it was a found footage monster movie from the creator of Lost, and that’s all the audience needed to know to stoke their interest and make them want to see it. It was more natty and exhilarating than many of the other big budget blockbusters of the time and by far a better monster movie than the last two Godzilla films, to which it shares glaring similarities. But what’s most intriguing about Cloverfield was, aside from it being one of the first films of it’s kind to utilise the found footage style, was its shrewdly premeditated marketing campaign which unravelled the concept methodically in a “less is more” manner unlike any other films before it. 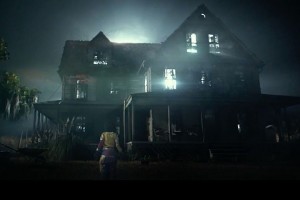 What’s ingenious about the sequel is that (like its predecessor) there was no production announcement at all prior to the first trailer’s arrival, which, in our online, hash-tagging, status updating age, is frankly a marketing marvel. A further fascinating facet to point out about 10 Cloverfield Lane, is how different it is to the original, not just in visual style but in narrative structure, genre and general design. First time director Dan Trachtenberg crafts a taut, psychological thriller, in the manner of a theoretical Hitchcock/ Fincher collaboration, from a story/ screenplay which supposedly started life as a separate project called The Cellar. Trachtenberg wrings drama from sinister interiors, kneaded apprehension, suppressed anxiety, explosive character clashes, dialogue loaded scenes laced with a dour subtext, ulterior motives and the type of nerve-jangling, heart-juddering tension that will make your eyes roll backwards and your heart freeze over.

As expected, there is little that can be revealed of the narrative without ruining it for everyone. From what’s given away in the trailer: the story centres around three characters locked in an underground bunker at a time when dubious activity occurring above is, for the most part, a mystery, and possibly preventing them from returning to the surface. Due to the title/ connotations, it would be safe to assume the presence of a big snarling monster may be responsible, but don’t be so sure. It is in the very nature of the Cloverfield franchise to manipulate the viewer into believing one thing before casually unveiling another.

A great deal of the horror from 10 Cloverfield Lane derives from the tension occurring between the three leads. What the viewer doesn’t know also goes in its favour as we’re all aware the greatest fear is that of the unknown (although arguably in real life, a big, flapping monster with an overwhelming urge to bite you in half would be a bit more terrifying than the thought of one). Our apprehension escalates, alters and shifts to other sources during 10CL which is what mostly makes it so interesting. As the story evolves so does our understanding and opinion of the characters, played by John Goodman (in a possible career best performance/ revealing remarkable range), Mary Elizabeth Winstead and John Gallagher Jnr. 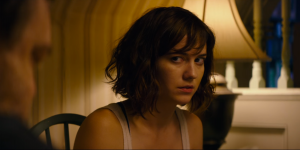 Producer J.J Abrams is a master of surprise and cinematic subterfuge, which are key ingredients in crafting a scintillating experience for modern cinema audiences so used to being inundated by mass-marketing and novelty film devices. The anticipation for 10CL might not have existed had there been an onslaught of over-elaborate trailers, posters, interviews and making of shorts unveiled in the run up to its release. Judging from this diverse, gripping thriller, Cloverfield is clearly a genre-defying franchise that will evolve of its own beguiling accord as and when it sees fit (it’s taken eight years for this “follow-up” to arrive). 10CL is more suspenseful than the original but not quite as grand, action laden and visually spectacular. Yet it’s equally compelling and much scarier/ suspenseful than its predecessor, as the terror’s more concentrated and the character-focused narrative taps right into our primal fears.