You opened it; We came. Hellraiser: Judgement finds its cast

With production well under way on the new Hellraiser film, it’s about time we get acquainted with our new Pinhead. News came in a while ago that Doug Bradley would not be stepping back into the iconic role, which kinda sucks but then, maybe it is time to move on, and re-imagine the Hellraiser universe a little. Far better news came along with the casting of Elm Street legend Heather Langenkamp who, it has been revealed, will be playing a “chain-smoking landlady” who allegedly has a real problem with the local police. 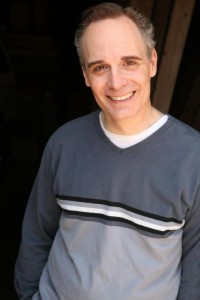 Taking on the role for which Doug Bradley made his name will be Paul T. Taylor (right), who is best known for roles in Sin City and Super. Further casting news names those playing the new Cenobites. John Gulager, better known for directing Piranha 3DD, as well as the first three Feast films than for his acting credits, will be playing ‘The Assessor’. This character pairs with one known as ‘The Auditor’, reportedly making for the film’s lead antagonists, suggesting that Pinhead will take something of a back foot. ‘The Cleaner’ will be played by Diane Ayala Goldner, who already has a strong horror CV which includes Feast, Halloween II, The Collector and Hatchet III. Mike Jay Regan returns to the role of The Chatterer, which he played in 2000’s Hellraiser: Inferno and 2005’s Hellraiser: Deader.

We also now have an official synopsis, which reads: “Detectives Sean and David Carter are on the case to find a gruesome serial killer terrorizing the city. Joining forces with Detective Christine Egerton, they dig deeper into a spiralling maze of horror that may not be of this world. Could the Judgment awaiting the killer’s victims also be waiting for Sean?“

Hellraiser: Judgement is directed by Gary Tunnicliffe, no stranger to the series having worked in a SFX capacity since 1992’s Hellraiser II: Hell on Earth.