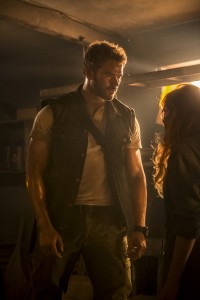 Yet another interesting looking genre film headed to the ongoing EFM in Berlin (which runs until 19th Feb) is 3D creature feature Nest. Here are a few stills from the (biggest ever) Chinese-Australian co-production. It is directed by Australian Kimble Rendall, who previously helmed the Molly Ringwald-starring comedy horror Cut and 2012’s Bait, but whose higher profile work (The Matrix Reloaded, Ghost Rider, Underworld: Rise of The Lycans) has seen him serve as a second unit director.

Nest “Revolves around a team of scientists who while making the discovery of the century lose a colleague in an ancient labyrinth. The group must battle their way through a swarm of deadly, man-eating funnel web spiders and discover the secret behind the arachnids’ power and intelligence – before it’s too late.” 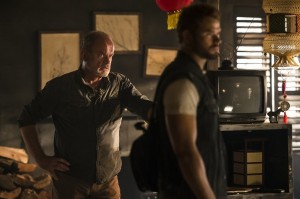