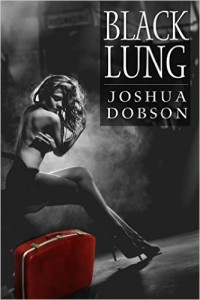 Gretchen arrives at the bus station of somewhere unknown, filled with the dregs of society, she’s picked up by Spike the muscular female bodyguard and a gorgeous older woman of the supermodel socialite variety.

She’s then taken to some overbearing digs where Gretchen knows exactly what’s expected of her, it’s sex followed by party time followed by a bit more sex and a sprinkling of blood with the odd removal of specific body parts (mainly anything that moves).

There’s some typical bloke writing erotica phraseology going on before we enter the horror section, stuff like ‘Gretchen’s ample tit-meat’ and ‘meaty D cups’. There’s lots of cringe worthy sex descriptions which stick in the mind, one of the most memorable being.

‘her tongue paints an abstract impressionist masterpiece on Gretchen’s c**t.’

Wish my tongue could paint an abstract impressionist masterpiece, I’m gonna nip off and see what I can do … The horror kicks in over the last 10 pages and rescues things slightly but there’s just not enough of it and it’s over far too quickly. Nice front cover though.