The Orchard Acquires the Rights to Marcin Wrona’s Demon 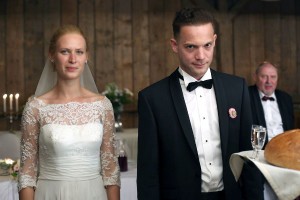 The Orchard, who are behind the release of films that include the hilarious vampire mockumentary What We Do In The Shadows and the upcoming horror anthology Southbound, have acquired the distribution rights of Demon.

The film screened to much acclaim at Toronto International Film Festival in September and, shockingly, the film’s director, writer and producer Marcin Wrona passed away just a week after this world premiere.

When speaking about Orchard’s planned distribution of the film, Paul Davidson, The Orchard’s SVP of Film and TV said, “Demon is its own unique monster of sorts – moody and creepy, yet with an underlying satirical side that resonated with us. Marcin delivered a wonderfully original film and we hope to honour his memory with its release.”

Synopsis:
In Demon, a young man travels to the hometown of his future wife where he knows no one. As a wedding gift from the bride’s grandfather, he receives a piece of land where the two can build a house and raise a happy family. While preparing the land to build, he finds human bones buried beneath the new property. Strange things begin to happen to change this happy couple’s life forever. Demon is a modern take on one of the most famous figures of Jewish folklore, the dybbuk, a spirit of a person not properly laid to rest that seeks to inhabit the body of a living person.

You can take a look at the Polish horror’s trailer below; in a similar vein to Wild Tales, it shows a wedding going very wrong, but rather than with quite hilarious consequences, it all goes a bit more sinister. It’s definitely got a splash of Lars Von Trier in there with its eerie tone and quite naturalistic visual style.

The Orchard plans to release Demon at some point in 2016.